Manage CIs and Contacts in UserRequests

When a user request is edited, the agent can specify which configuration items (CIs) or contacts are related to this request via the tabs “CIs” and “Contacts”. The objects manually added to the ticket are to be flagged as “Added manually” (which is the default).

When saving the ticket, the impact analysis engine automatically adds to this list all the other CIs (and Contacts) impacted by the original CIs. The “impact” computation is based on rules defined in the iTop data model. The additional objects resulting from this computation are also linked to the ticket and flagged as “Computed” (to differentiate them from the original objects marked as “Added manually”).

The impact rules of each type of CI are described in the Configuration Management Module. 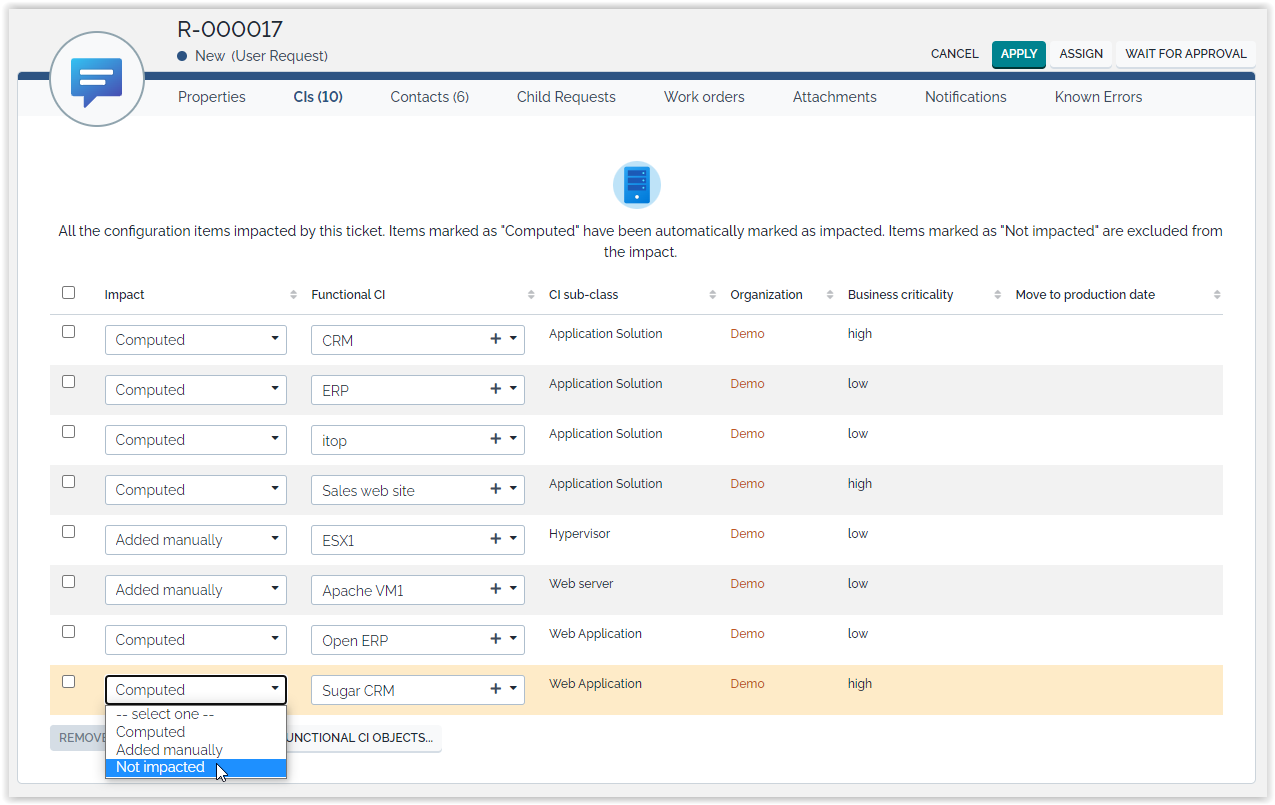 Since the computation of the “Impact” is run every time the list of CIs attached to the ticket is modified, it is useless to remove “Computed” CIs (or “Contacts”) from the ticket. The computation will add these elements again. To indicate that a CI (or a Contact) is actually not impacted for the given ticket, mark it as “Not impacted” (respectively “Do not notify”) before applying the modifications to the Ticket.

You still have unanswered questions ? Ask us.

Join our community of users to share your knowledge and good practices.